Tag Archive for: Internet of Things

You are here: Home / Insights; Read, Learn, Share, and Participate! / Internet of Things 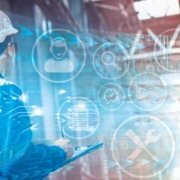 Enterprise customers remain bullish on IoT. However, expectations have certainly been tempered. Solutions are taking a bit longer to implement and achieve the ROI that they expected. That said, we still expect to see significant growth in the market.

In 2021, across hardware, software and services, we expect the markets to achieve about $520 billion of revenue. And that’s 2x what we saw just in 2017. We are seeing some changes in the market. For example, cloud service providers have achieved a more prominent, influential role.

CSPs lower the barriers to adoption, enabling companies to scale quicker. Yet their offer is not tied with specific industry vertical and it’s a bit broad, enabling opportunities for others. In order to capitalize on these opportunities, companies need to focus on fewer verticals.

We’re still seeing people focus on four, five, six verticals, which we would say is too many. We would say two to three at best. Once you focus on those verticals, you achieve deep expertise and a competitive advantage. As vendors gain this competitive advantage, they can partner to create true end-to-end solutions, which we know customers are demanding. Understanding customer pain points is the first step. Addressing them in an end-to-end fashion will enable companies to succeed in the Internet of Things.

Looking ahead at the investment plans of industrial customers, Europeans are poised to hold a narrowing lead, with more than twice as many extensive implementations in 2020 as their US counterparts. Looking almost 10 years ahead—an imprecise endeavor, but one that can shed light on aspirations—the investment plans of executives in both regions could result in a more competitive position, with the US expecting to see similar levels of POCs and implementations as the Europeans.

The key challenge for both regions remains addressing cybersecurity concerns, not only by the vendors but also for customers, who will need to ramp up their security investments significantly to benefit fully from IoT technologies. Bain research finds that customers would buy more IoT devices, and pay more for them (about 22% more on average), if their security concerns were addressed. Becoming a leader in security remains a powerful opportunity for European IoT champions.

IoT providers in both regions could also speed their progress in reducing barriers by focusing their investments on fewer industries, which would allow them to develop greater expertise and deliver more comprehensive end-to-end solutions to their customers. The learning curve effects from POCs will allow vendors to overcome the implementation concerns of their customers by offering more packaged solutions that can scale more easily.

Partnerships with industrial vendors are especially important, as they provide specific domain knowledge and system integration capabilities. Without these partnerships, IoT vendors may continue to struggle to sell solutions that integrate smoothly with customers’ businesses and processes.

Leading industrial companies are moving quickly past the proof stage, and now, it’s all about scaling. Over the next two to three years, clear winners will emerge, as the benefits of early investment kick in and their POCs scale up to operational levels. Companies that have put off investment will lose ground to competitors that are learning how to derive value from the Internet of Things and becoming more data-driven every day—skills that will form the basis of competition in a world of extreme automation and artificial intelligence. 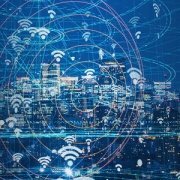 The Internet of Things (IoT) in 2018 and beyond – towards monetization, tangible value and an increasing focus on IoT in a holistic context of transformation, strategy, multiple complementary technologies, and larger deployments.
While for many organizations IoT is still new and most investments happen in IIoT, the narrative changes.

Today it’s increasingly about value instead of potential, about the combination of IoT, AI and other related technologies to derive insights, decisions and revenues from sensor data and about IoT monetization, as scalable, IoT-enabled projects become part of less limited business objectives and digital transformation projects with a focus on services and applications.

Although a majority of organizations overall are only beginning, there is a clear shift from the age-old focus on the number of connected devices towards this broader vision in which business goals, people and value take center stage.

On top of a shift in terms of thinking about and understanding IoT there is a shift in the actual usage and deployment of it among leading organizations.

The essential definition of the Internet of Things still holds: IoT is a network of connected devices with 1) unique identifiers in the form of an IP address which 2) have embedded technologies or are equipped with technologies that enable them to sense, gather data and communicate about the environment in which they reside and/or themselves.

However, in the broader scope and amid the mentioned shifts the definition of IoT doesn’t matter that much if it isn’t put into a larger perspective.

Still, now is not the time for definitions and semantics anymore. Now it’s time for business, value, monetization, evolutions and IoT in action. And if we want definitions, to broaden them in order to finally encompass the why instead of just the essential what of IoT, would make more than sense.

Although there are more devices active, more large scale IoT projects and a growing de facto usage of IoT, with the mentioned shifts in mind, there is still quite some work for both suppliers and organizations in reality.

Across this overview we’ve already mentioned (the roots) of many evolutions in IoT for 2018. In fact, all the blue colored boxes contain one each.

As always several of these evolutions are hidden in the evolutions as we see them in the here and now, in real-life projects, in vendor initiatives that respond to a clear and present need, in 2017 research and so forth, yet there are also changes that might be somewhat ‘unexpected’.

As we’ve been emphasizing the importance of business, value, outcomes, real-life challenges and solutions, projects and so forth throughout this article it wouldn’t make much sense to only focus on technology trends for 2018.

Most of them were already in the make:

As IoT technology moves to the edge, business (re)centralizes

The movement towards to the edge by the way is nothing surprising and, just as the increasing role of blockchain, among others, fits in the overall context of decentralization and movements towards to the edge which we’ve been emphasizing in so many areas, from document capture and security to information management and intelligence in the field since years.

However, make no mistake: we are mainly talking about technologies and applications here. It’s not because technologies, some business processes and applications move towards the edge that all business aspects do. Well on the contrary: we see a trend towards a full centralization of decision power and of previously decentralized ways of working in many organizations, just as several companies start to get some workloads out of the cloud again (also a token of maturity) as organizations look more at what matters in detail.

According to IDC, total spending on IoT in 2018 will reach $772.5 billion in 2018. It is slightly less than was expected in previous forecasts of the firm but the main trends and evolutions haven’t changed.

There are various possible reasons why these forecasts get revised of course. Moreover, there are some evolutions which here and there could lead to a slower than expected investment. These don’t even have to be related with the usage of IoT as such. The increasing attention for changing data protection and privacy rules, for instance, are on the mind as risks for ample organizations. Moreover, these new personal data and privacy rules require budgets. And these budgets need to come from somewhere.

This site uses functional cookies and external scripts to improve your experience.

Dear Visitor
Welcome to SYNCHRONIUM® Official Website. Due to our global operations and role in the IT industry innovations, services, and solutions, we follow the General Data Protection Regulation (DGPR) Compliance Terms and Regulations in a seamless practice. You can check our Terms of Service, Privacy pages to findout our GDOR Comliance. This site uses functional cookies and external scripts to improve your experience. Which cookies and scripts are used and how they impact your visit is specified on the left.
You may change your settings at any time. Your choices will not impact your visit.

NOTE: These settings will only apply to the browser and device you are currently using.